ELECTION HAS POTENTIAL TO RESTRUCTURE THE ENTIRE LEFT 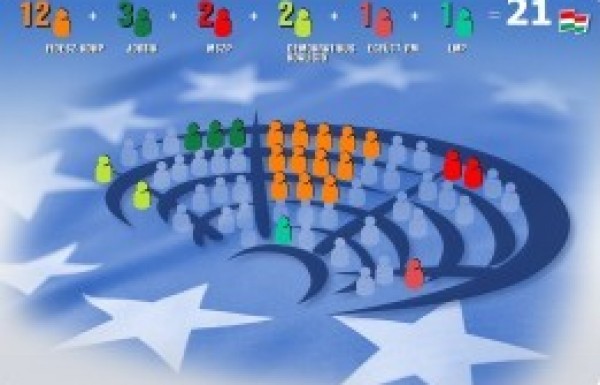 This is all about the Left

Since Fidesz' massive victory was once again a certainty, two crucial questions remained which made this ballot intriguing: would Jobbik be able to clinch second place and how would the parties of the left fare relative to one another?

Unlike in April, this time the discrepancies between the polls and the election outcome proved very relevant indeed. Actually, to be more precise, the polls' wrong estimations revealed exactly what our report in April observed: in a close scenario, the couple of percent that Hungarian pollsters have difficulty gauging can make a key difference in terms of forecasting the result. And with regard to the two key questions - Jobbik vs. MSZP and MSZP vs. other left - the few percent shift provided a veritable earthquake.

As usual, Fidesz was overestimated by a few percent, except by (interestingly pro-Fidesz) Századvég, which was dead on with its forecast of 52%. Jobbik, too, performed slightly better in the polls than in real life. However, the difference was most significant in the case of MSZP. Though its figure of almost 4% below the level forecast by the polls was not far worse than Fidesz' (-3.26%) or Jobbik's (-2.07%) "loss", but it was psychologically devastating on several accounts.

Most importantly, this was MSZP's worst result in a national election in 24 years, the year of the first free elections in Hungary. Even in 2010, coming off an extremely calamitous and unsuccessful term in government, it did nearly twice this well. Second, in reality the party's leadership and its supporters had hoped that MSZP - often underestimated in surveys - would pull off a second place finish despite lagging slightly behind Jobbik in the polls. In reality, it was not even close.

Third, its performance relative to the left-wing splinter parties led by former PMs Gordon Bajnai (Együtt-PM) and Ferenc Gyurcsány (DK) was disastrous. The anticipation had been that with a low turnout MSZP would do fairly well in comparison with the other two parties, because it is better organised and has an activist base, while the two new parties had less time to build national organisations. This only made a difference in rural areas, however, where MSZP ran significantly ahead of the two others. In Budapest, MSZP led DK by a mere 1,500 votes and even Együtt-PM hardly lagged behind. In urban areas outside the capital MSZP was ahead of its main left-wing competitor, DK, by only 10,000 votes.

Correspondingly, Attila Mesterházy and the entire party presidium offered their resignation. The party's executive board, which is scheduled to meet next Saturday, will be called upon to decide whether it accepts their resignation, which would necessitate the election of a new leadership during the summer. The new leaders would certainly face a challenging situation, having to prepare for the nationally held municipal elections in October, within a month or two of their taking office. Apart from Attila Mesterházy's strong positions on the executive board, this consideration might also make the executive board a pause before delving into a leadership crisis. But regardless, the MSZP leadership's position is severely shaken, and it is difficult to see how it could survive such a disastrous outcome without significant changes, both at the personal and the programmatic level.