At the 2014 elections to the European Parliament, the European Socialists could attain a relative majority of votes, thereby overtaking the conservative People's Party for the first time in two decades - thus a comprehensive analysis by the Hungarian political research institute Policy Solutions, which reviewed the state of public opinion in all 28 member states. 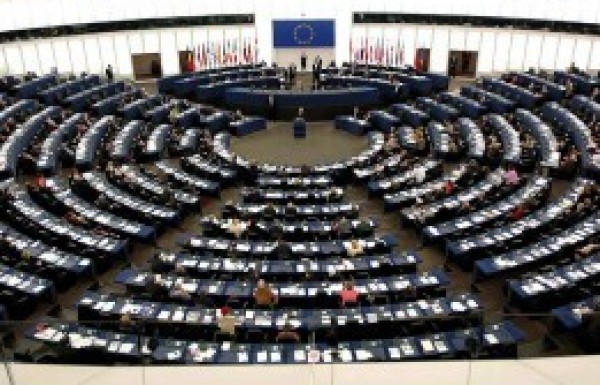 At the 2014 elections to the European Parliament, the European Socialists could attain a relative majority of votes, thereby overtaking the conservative People's Party for the first time in two decades - thus a comprehensive analysis by the Hungarian political research institute Policy Solutions, which reviewed the state of public opinion in all 28 member states. Based on a review of the most recent polling data from the EU Member States, the Budapest-based institution also observes that both the far-left and the far-right are likely to surge in 2014, while conservatives and liberals could end up being the two great losers of next year's vote.

Using an overview of public opinion polling data gathered from all 28 EU Member States in July-August 2013, it is possible to project how the individual party families in Europe would fare if the elections to the European Parliament were held this Sunday. The analysis compiled by Policy Solutions suggests a tight race, but nevertheless, at this point in time the European Socialists would emerge victorious, even if only by a slim margin and few seats. The centre-left could expect to take 230 seats or 30.6% of all seats. According to the current polling data, the conservative European People's Party (EPP) would win 226 seats in 2014, which would allow it to form the second largest group in the EP. Ever since 1999, the EPP has always constituted the largest group in the European Parliament. For the first time in twenty years there is a realistic chance that it will suffer a defeat at the European level. Liberals are also emerging among the losers of the past years' trends: they are slated to win a mere 7.9% of the votes, which would yield them 59 MEPs.

An obvious effect of the protracted economic crisis is the rise of extremists on both sides. The European United Left, which comprises far-left and some Green parties, may surge to 7.9% and win 59 seats. At the same time, after 20 years the steady and inexorable rise of the European Greens appears to come to a halt. The family of Green parties would win 5.6% of all seats and send 42 representatives to the European Parliament. Hence the European Socialists, far left MEPs and Greens, who often vote together, would receive 44% in all, which would mean that in spite of its obvious electoral gains, the left would not wield an outright majority in the European Parliament.

If the current trend persists, then the other winners of the 2014 EP elections - in addition to the left - would be the euro-sceptic forces. The European Conservatives and Reformists Group, which is chiefly made up of British Conservatives and representatives of the Polish Law and Justice Party, will likely represent right-wing euro-sceptic voters with some 50 MEPs. The Europe of Freedom and Democracy faction, made notorious by the anti-EU British MEP Nigel Farage, could garner as many as 17 seats, which won't be enough to form an official group in the EP, however, unless it manages to sway a few of the some 70 far-right anti-EU MEPs who are not affiliated with any party family. The study unequivocally shows that overall as many as every seventh MEP will be a right-wing euro-sceptic politician.

Though the election results of the largest member states - Germany, France, the United Kingdom, Italy - will continue to have the greatest impact on the composition of the European Parliament, several smaller countries may also play an increased role in shaping the final result. As compared to their respective size, Hungary, Poland or even Luxembourg, for that matter, would send a significant right-wing "contingent" to the European Parliament. Conservative victories in the European Parliamentary elections are also expected in France and Germany, among the large member states. On the other side, the left will be significantly bolstered by several Eastern European member states, such as the Czech Republic, Lithuania, Slovakia and Romania, as well as the United Kingdom. The euro-sceptic far right will gain substantial support in Austria, France, Hungary, the United Kingdom, Finland, Greece and the Netherlands. It is well-apparent that such parties do not appear only in the economically worst off countries, nor are they regionally concentrated, but are surging all across Europe. Nevertheless, Northern Europe, especially Ireland, Denmark and the Netherlands continue to remain bastions of liberalism, while Greece, the Czech Republic and Latvia are still strongholds of the far-left. The Greens are expected to perform exceedingly well in Belgium.

Since pursuant to the Lisbon Treaty the selection of the party from which the President of the European Commission hails must reflect the results of the European Parliamentary elections, from autumn 2014 on the European Union’s “government” may be led by a left-wing politician to mesh with a potential left-wing majority in the EP. The left-wing values espoused by the French president, the anticipated Labour Party victory in Britain, and the potential grand coalition in Germany, together with the abovementioned developments, may combine to push the entire European continent into an economic and social policy direction that diverges from those pursued in the past decade.