Making it into the news has become much more difficult for Jobbik now that the novelty of its ascendance has worn off. 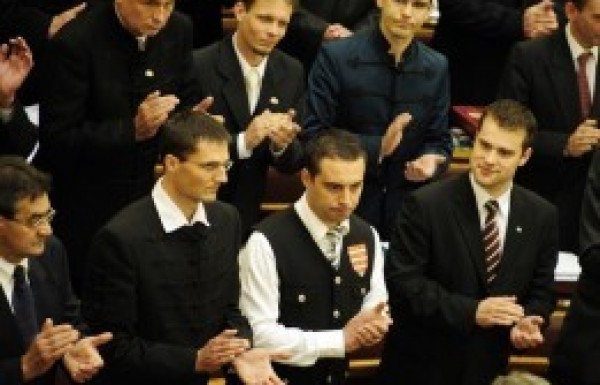 Making it into the news has become much more difficult for Jobbik now that the novelty of its ascendance has worn off. Once they overcame their hesitation to invite extremists to TV shows, the TV-channels couldn’t get enough before the elections. Scandalous statements sell, even if the definition of scandalous keeps shifting ominously. But since the elections Jobbik has emerged as a parliamentary party and its opinions are less novel, less exciting.

In their wildest dreams, Jobbik “moderates” may even imagine themselves emerging as the alternative to a flailing Fidesz-government whose left-wing opposition (MSZP) is either discredited in the eyes of many voters, or not yet ready to seriously engage a governing party (LMP) – to be even remotely conceivable, this would imply a very decisive opening towards the centre, however, and for the time being Jobbik lacks the cadres (and the inclination) to do this convincingly.

Thus far, Jobbik’s activities suggest that they have no intention of letting go of the extremist aspects of their agenda and rhetoric, though they do add a lot of elements into the mix that suggest a constructive/moderate opposition approach to complement their radical stances.

Policy Solutions' analysis on Jobbik's first three months in the Hungarian Parliament can be downloaded from here.