Publication: The Hungarian public and the European Union 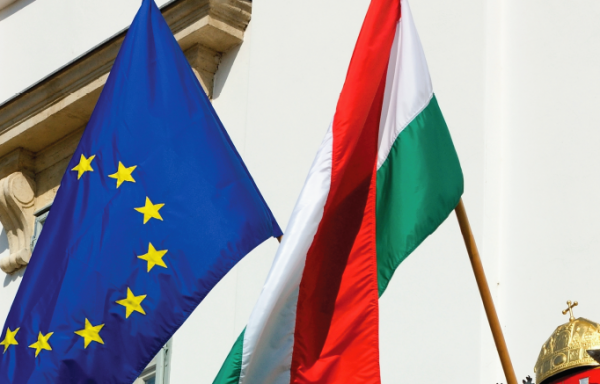 The aim of Policy Solutions’ study – ‘The Hungarian public and the European Union’ – is to investigate how the Hungarian public opinion has changed about the European Union since 2010, in a period when the EU had to adapt to continuous crisis management, while at the same time domestic critical voices have also increased. The study is based on the Eurobarmoter survey: we have compared the 2010 spring results with latest 2015 fall results, as well as putting the Hungarian results in the context of the data from the 28 member states of the EU.

There have been a number of studies after 2010, assessing the opinion of the Hungarians about EU membership and all of them have concluded that the majority of the population imagines their country’s future as a member of the European Union. The Eurobarometer 2015 fall results claimed that the large majority of Hungarians have a positive or a neutral view of the European Union. About eight in every ten respondents have a positive or a neutral opinion and only one in five has a negative view of the EU. In a regional context, the Hungarian results are above average; only Poland from the Visegrad countries has a better view about the EU in general. Essentially, the Hungarian opinion about the EU is still largely positive, however between 2010 and 2015 some image erosion and loss of confidence also occurred.

Although both in Hungary and in the EU 28, the EU’s image is more likely to be positive, the European citizens view the current trends within the EU completely differently. Based on the 2015 results, there is a relative majority of those on the European level who think the EU is heading into the wrong direction. 43% have an unfavorable view about the European developments. In comparison only half as many have a positive view on the current trends, they are only one quarter (23%) of the whole EU. Those who are concerned are in relative majority in Hungary, however this is five points lower than the European average: about 38% feels the EU is heading towards a wrong direction. In five years, on average the proportion of the optimists have declined by five points in the EU 28 countries, while the pessimist camp has increased at the same rate. Although the people who have a positive view of the EU has increased by 2 points in Hungary, the proportion of those who have a negative perspective has increased by 6 points, from 41% to 47%.

Concerning the EU’s positive side, Hungarians think the most important benefit is the single market, especially the free movement of persons. The second place is occupied by ensuring peace between member states, which is followed by the student exchange programs. Regarding the whole European Union, most have picked the peace between member states as the EU’s most important benefit (56%). This is reflected well by the fact that the EU has won the Nobel peace prize in 2012. Ensuring peace in Europe was not as important in Hungary: only 39% consider it as one of the largest benefits, which is the lowest among the V4 countries. Based on the Eurobarometer poll, one in every ten Hungarians sees no benefit of the EU.

In the EU28, the European Union is mostly associated with the free movement of people and the euro. In the 28 member states of the EU, about half of the respondents (49%) link the EU to the free movement of workers, freedom to travel and study, and 40% ties the common currency to the Union. Common associations of European integration include peace and cultural diversity as well. These results prove that the most popular associations have positive connotations, however these are also followed by some negative ones. At the end of 2015, the EU meant ‘waste of money’ for every fourth citizen (25%), bureaucracy or the inability to control the external borders properly (24-24%). Hungarians also associate the European Union with free travel, the ability to work freely in the Union and the freedom to study in any member country, 41% gave such an answer. Frequent associations in Hungary also include the ‘inadequate protection’ of the external borders, as well as cultural diversity; these are in second and third place. It is also important to note that economic prosperity and social protection are quite rare associations among Hungarians, as well as among other Europeans. The proportion of Hungarians, who think they are able to influence world politics via the EU, is less than the European average. While in the whole EU more than one fifth of the citizens think so, only 13% in Hungary. It is also important to point out that much less Hungarians associate the EU with bureaucracy than the European average (15% in contrast to the EU’s 24%) and compared to the European proportion, less than half thinks that the EU is a waste of money.

Hungarian opinions about further European integration reflect wider EU trends. Similar to the EU average, free movement of persons has the most support; over three quarters of Hungarians agrees with this aspect of European integration. Demand for a common European energy policy has also a similar support in Hungary as the EU’s average, about 70% think decisions about energy issues should be transferred to a supranational level. Common European foreign and security policy has the third most support in Hungary regarding further integration.

In light of the policies and communication of the Hungarian government since the beginning of 2015, it is no surprise that co-operation regarding the refugee crisis is much less favoured than in other EU countries. Although in the 28 member states on average 70% supports a common migration policy, one can only find 55% of support in Hungary, while the camp of those who are against such a policy is about 40%. However, we are not necessarily different from the rest V4 countries with this value.  Support for a common migration policy is quite low in every V4 country. This societal sentiment is well reflected and also strengthened by government policies in this question.

Hungarians are much divided regarding the euro as a common European currency; only every second Hungarian (49%) is for, while almost the same proportion (44%) is against. This is slightly lower than the EU’s average. However, Hungarians have a much more favorable opinion concerning the EU’s enlargement than the European average. While in the 28 member states those who are against it are 50%, those who are in favour account for only 40%, yet in Hungary this proportion is exactly the opposite. Similar to the EU, further enlargement divides the Hungarian population, yet those who are in favour, are in a slight majority.

The 2010 and 2015 surveys reveal three assertions concerning trust in the EU and in national politics. First, as a result of the crisis, European citizens have lost some confidence regarding the EU. Second, while trust in the EU has lowered, Hungarian citizens are still less Eurosceptic than the EU average. Third, loss of confidence was greater in national institutions than in the EU: in Hungary, trust decreased in national institutions to a greater extent than in the EU. In the last five years, the proportion of those who would give greater powers to the directly elected European Parliament has decreased, but those who think the EP should play a greater role are still in a majority. In Hungary, more than 43% would prefer a more empowered European Parliament, which is lower than five years before, but still higher than in all other Visegrad countries.

It can be concluded that the majority of the citizens trust neither the European Union nor the national political institutions. The numbers also show that trust in institutions is not necessarily correlated with the so-called democratic deficit. On the contrary, large part of the European citizens still have more trust in the EU institutions than in their own national political leadership – who are supposed to be in a more direct contact with their citizens. Although the EU’s image has deteriorated in the last couple of years, considering that national political institutions have also been losing confidence, this deterioration cannot be attributed to the failure of the European project. Our research results confirm that the alienation from the political elite and the loss of confidence regarding the current functionality of institutions suggests a system-wide crisis which is not necessarily only in relation with the disappointment regarding the efficiency of the decision making mechanism in Brussels. Comparing the 2010 and 2015 results, it can be stated that the institutional crisis is a real phenomenon, and it is very likely due to the disappointment in the entire political system across the continent.

The full study can be downloaded from here (in Hungarian). Authors: András Bíró-Nagy, Tibor Kadlót and Ádám Köves.