We cordially invite you to the official book launch of “Hungarian Politics in 2016”, a joint annual review of Friedrich-Ebert-Stiftung and Policy Solutions. Date and time of the event: 20 January 2017 (Friday), 10:00-12:00. Venue: Budapest Music Center, Library (1093 Budapest, Mátyás utca 8.) 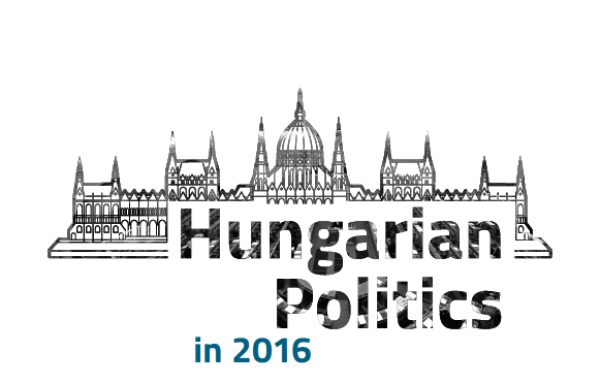 We cordially invite you to the official book launch of “Hungarian Politics in 2016”, a joint annual review of Friedrich-Ebert-Stiftung and Policy Solutions.

This publication is a comprehensive overview of developments, events and trends in Hungary in 2016. It focuses on five broad areas. In the first section we review the year from the perspective of the Hungarian government, with a special emphasis on what role the migration issue has played in the politics of Viktor Orbán in 2016. In the second section we look at the opposition parties, their state and prospects. The third section focuses on foreign affairs, in particular Orbán’s vision about Europe, his government's relations with key European partners, and his international position following the US elections. In the fourth section, we take a detailed look at how Fidesz's policies have shaped the economy. Finally, some key aspects of the Hungarian society – media landscape, anti-government protests, corruption and its perception – are discussed. All of the sections conclude with a brief analysis of the issues which may come to the fore in 2017.

The outlook on 2017 will be the topic of the panel discussion which will follow the presentation of “Hungarian Politics in 2016”.

Moderator of the event: Krisztina Bombera

The official languages of the conference are Hungarian and English. Translation will be provided.

Copies of the book “Hungarian Politics in 2016” will be available at the event.

Please register before 18 January 2017 at info@policysolutions.hu