State of Populism in Europe 2020

Our joint yearbook with FEPS on the state of populism in Europe has been published. 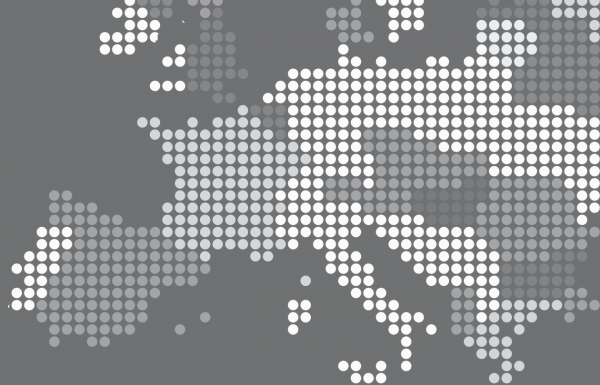 When the Foundation for European Progressive Studies (FEPS) launched the Populism Tracker project jointly with the Budapest-based Policy Solutions in 2015, they set out to gauge the impact of these changing trends, to present their insights about this phenomenon to the wider public, and to propose progressive answers instead of populist politics. We were among the first to systematically track the popularity of over 70 populist parties in the European Union because we believe that we should draw on data rather than the impressions generated by media bubbles to obtain a realistic picture of how dangerous the spread of populism has become on the continent. We have been looking at public opinion polls in 28 (and now 27) EU Member States each month since 2015, observing the appearance of new populist parties and the disappearance of previous ones, the rise to governmental responsibility of some and the fall or, alternatively, the re-election of others. Each quarter we published a summary in which we reviewed how populist parties stood among likely voters, and we also published annual reviews in which we discussed the developments of the past year in the European populist scene and the changes therein. The book you hold in your hands now is the fifth in this series.

Just as in the case with the previous volumes in this series, our goal is not merely to present figures and political events but also to highlight the emerging trends and to help prepare our readers for the changes on the horizon. Over the past five years, we have highlighted numerous such developments. Allow us to emphasise five important trends and insights from these five years:

1. Back in 2015, we saw both left-wing populist parties – that is parties which are opposed to multinational corporations and are critical of globalisation and capitalism – as well as right-wing populists – that is xenophobic, anti-EU and nationalist parties – increase their respective levels of public support. But while the latter were surging only in Western and Central and Eastern Europe, the former were almost exclusively limited to Southern Europe. These days, this once conspicuous regional fault line has vanished, and in all but a few countries left-wing populism has declined massively, and so they are anywhere near a position of winning elections. Right-wing populists, by contrast, have increased their support even in countries where such formations did not even exist a year or two ago, and they have ascended to government either on their own or as part of coalition governments in numerous countries of the EU. We can conclude, therefore, that all sorts of previous constraints that once served to put a ceiling on the popularity of right-wing populists have recently crumbled. This shift has turned them into potentially major players almost everywhere in the European Union, while left-wing populists are no longer serious contenders for governmental power almost anywhere, save for two-three Southern European Member States and Ireland.

2. We often run into difficulties when trying to categorise populist parties as either left-wing or right-wing. Not only because there are parties that cannot be classified based on the traditional political cleavages but also because some distinctly right-wing populist parties – thus, for example, the PiS in Poland and the Sweden Democrats – advocate robust welfare programmes. Although the welfare components of their platforms are often limited to the “native” population (read: non-immigrants), they are often deemed attractive by many former left-wing voters.

3. Another insight about the period we reviewed is that all those who had claimed that populists would not be able to govern and would soon fail once they took control of government have been proven wrong. Populists may often pursue harmful and dangerous policies, but generally speaking – and especially when they govern without a coalition partner – they tend to remain popular in government and tend to be re-elected, too. It is also apparent, however, that when they form a coalition with a centrist party that often proves to be a lethal embrace for the populists: In countries where the government is comprised of a centre-left or centre-right party on the one hand, and a populist on the other, this constellation has often resulted in a major setback in terms of popularity for the populist party in the coalition.

4. Another key insight of the past five years is that while in the established democracies of Western Europe populists by and large adhere to the ground rules of democratic competition – that is once they are in power they are not able to transform the democratic institutional structure – in Central and Eastern Europe they tend to remake the entire democratic institutional structure in their own preferred image. In effect, this means that in Western, Southern and Northern Europe populists are players much like the other parties – sometimes they win, sometimes they lose, but either way, life goes on; in Central and Eastern Europe, by contrast, they strive to eliminate or substantially weaken political pluralism. The fundamental relationship to liberal democracy is thus a key dividing line between the populists of the various regions in the EU.

5. The Brexit shock and the continuous improvement of European economic and employment data are both making the situation of anti-EU populists more difficult. One of the most favourable turns of events in the past five years has been a growing restraint in the anti-EU rhetoric of populists almost everywhere – the United Kingdom is the exception – and the EU is more popular now with the European public than it has been in a long time. The struggle between pro-Europeans and anti-EU forces has been decisively won by the former.

2020 marks the end of an era. After five years of continuous tracking, this is the last joint FEPS-Policy Solutions volume on populism. We continue to believe what we wrote at the beginning of our joint research project: “Learning about populist parties will help us in better understanding them, and ultimately also in defending values such as liberal democracy, solidarity and deeper European integration.” The numerous volumes we published on this topic – including our handbook entitled Progressive Answers to Populism – have sought to promote the underlying values. We trust that our work has been useful and interesting to all of our readers.

The State of Populism in Europe 2020 publication can be downloaded from here.