This publication by Policy Solutions reveals the state of political polarization in Hungary after the 2022 parliamentary elections.

In our research, we used three methods to assess the degree of affective polarization in Hungarian society. These are 1) the emotional thermometer (how respondents feel about politicians and voters of their own and the opposite camp), 2) the social distance between political groups (how would they feel if someone from the other political camp moved into their neighborhood) and, 3) the prevalence of political stereotypes.

- After the 2022 elections, the level of mutual disapproval of the two major political camps has decreased, but opposition voters still have a lower opinion of the Fidesz side than vice versa

- Despite political divisions, there is a common point: the rejection of Roma and Muslim people

- The majority of government and opposition voters consider each other brainwashed

- One in six Hungarians have had a relationship ruined by politics

- Hungarians are also strongly divided by the Russian-Ukrainian war

We used a survey conducted with the help of our partner, Závecz Research, between 25 April and 4 May 2022 as the basis for our analysis. The survey was based on personal interviews with 1,000 Hungarians who made up a representative sample of Hungarian society based on age, gender, educational attainment and the type of municipality they live in. This study was produced with the generous support of Friedrich-Ebert-Stiftung Budapest.

The English summary of the publication can be downloaded from here. 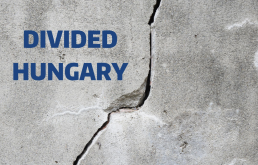 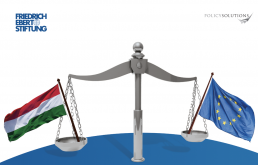 How much EU do Hungarians want? Pro-EU and Eurosceptic attitudes in Hungary 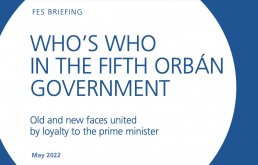 Who's who in the fifth Orbán government 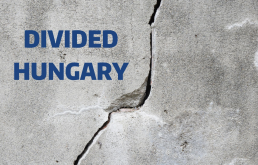