FOR HUNGARY, A TALE OF TWO GERMANIES

From a Hungarian perspective, there seem to be two Germanies these days, which is somewhat ironic given that we are coming up on the 25th anniversary of the events that ended Germany's division. 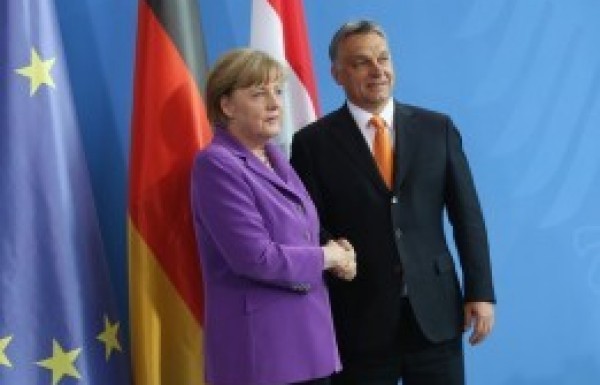 From a Hungarian perspective, there seem to be two Germanies these days, which is somewhat ironic given that we are coming up on the 25th anniversary of the events that ended Germany's division. In the one Germany, high-ranking officials in one government party offer some of the harshest criticisms of the Orbán government in all of Europe. In the other Germany, high officials in another government party expressly laud Viktor Orbán and his policies or at least defend them in public.

The harsh criticisms are voiced primarily by Michael Roth, a social democratic undersecretary in the foreign ministry, and the SPD's point man on Hungary. In repeated criticisms of the Fidesz's governments policies, Roth has made clear that the German government is well aware and concerned about problematic developments with regard to democracy. While Roth's immediate superior, Foreign Minister Frank-Walter Steinmeier (also SPD), is less explicit in his own warnings, he too has called on the Hungarian government to respect Europe's core values. And of course it is obvious that Roth's comments are also representative of the foreign minister's opinions.

At the other end of the German government's spectrum, leading figures of the right-wing CSU - the smallest coalition partner and sister party of Germany's main governing party, the Christian Democratic CDU - have emerged as Viktor Orbán's most enthusiastic defenders on the mainstream right in Europe. In a highly symbolic political message, CSU chairman and Bavarian Prime Minister Horst Seehofer, one of Germany's most influential politicians, sat down to give a joint interview with Viktor Orbán. While their answers were suffused with implicit (e.g. the EU and the values underlying it, including democracy) and explicit (the euro) disagreements, on the whole Seehofer gave Orbán's democratic credentials an unqualified endorsement, which these days even most conservative politicians would rarely be willing to do.